With the 2022-2023 Big Bash cricket event just around the corner, the hype has begun with cricket supporters all over Australia. The tournament begins on the 13th of December and ends on the 4th of February 2023. This 20-over version of the game began in 2011 when it was won by the Sydney Sixers against the Perth Scorchers. This list will give some information about the top 5 teams that are contenders for the 2022-2023 Big Bash League finals win.

Having won the most Big Bash League tournaments with 4 titles under their belt including the most recent one, Perth Scorchers are currently the favourites going in. They have a talented line-up, captained by Ashton Turner, who is also on the One Day International squad, and coached by Adam Vogues who has the same duties with the Western Australian domestic team. They currently have three international players on their team with English batsman Laurie Evans making his second appearance in a row. The Big Bash League odds are with the Scorchers so time will tell if they can win another trophy in a row, but they have some serious teams to contend with.

Although the Sydney Sixers have been runners-up to the Scorchers three times, they have won the tournament three times, with their most recent win in the 20-21 series against the Scorchers. So, there is a bit of a rivalry between the two teams.

Portugal-born Australian all-rounder Moisés Henriques is the current captain with Greg Shippard serving as head coach since 2015. 19-year-old Afghan bowler Izharulhaq Naveed made his debut this season with the Sixers, after having played T20 and first-class matches in his home country. He is shaping up to be quite an impressive leg-breaking bowler, so it will be worth keeping an eye on his performance this BBL season.

The Hobart Hurricanes have made the finals a total of six times, finishing as runners-up in two of them. They haven’t managed to win a championship yet, but they have come tantalisingly close though, and the team will be looking to secure a victory this season under the leadership of captain Matthew Wade and coach Adam Griffith.

Also a team who haven’t yet won a title in the Big Bash League, The Melbourne Stars have made the finals eight times, three of them runners up. They haven’t made the finals in the last two seasons, but hopefully, with the coaching skills of legendary former player David Hussey, they can turn their luck around in 2023.

Sydney Thunder is the last team on this list because they have improved over the years, they have won the most Wooden Spoons with a total of four and have won the tournament once which was the 2015-2016 series. Since then, they have made it to the finals three times but were eliminated once and knocked out twice. South African all-rounder Chris Green was named captain for the Thunder in 2021 and still is to this day. Former first-class cricketer Trevor Bayliss is the head coach and was previously in that position for rivals the Sydney Sixers. Veteran player David Warner is in the 2021-2022 line-up, so he should be able to add some further confidence to the younger players.

Uses and benefits of cold wallet 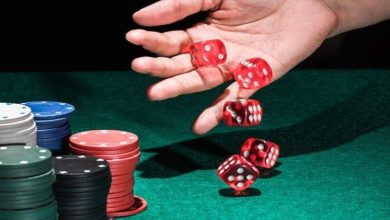 How do virtual casinos operate? What kind of services do they offer?

Relive Your Youth With Microneedling
7 days ago